From The Encyclopedia of Australian Shipwrecks

Waverley. Brig, 216 tons. # 48562. Built at Garmouth, UK, 1863; reg. Sydney 55/1870. Lbd 111.0 x 23.7 x 13.8 ft.  Captain J. Stephens. From Williamstown in ballast for the Don River, Tasmania, entered the treacherous bar harbour without a pilot, at half tide, and was wrecked on the sands, 9 July 1880. In September, after much effort, the wreck was moved out of the channel by the ketches Welcome Home and Penguin and two lighters. The wreck remained where it had been abandoned after being moved for many years, but around the 1980s a large section of the keel was recovered for display at the Tasmanian Maritime and Folk Museum, Devonport. [TS1]

Broxam and Nash add:
Due to confusion between this vessel and a barque of the same name that was active in the emigrant trade between England and Australia in the 1840s, the Waverley appeared on the first Australian $5 note, depicting emigration campaigner Caroline Chisholm. 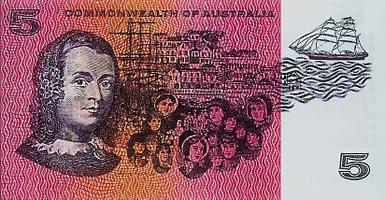 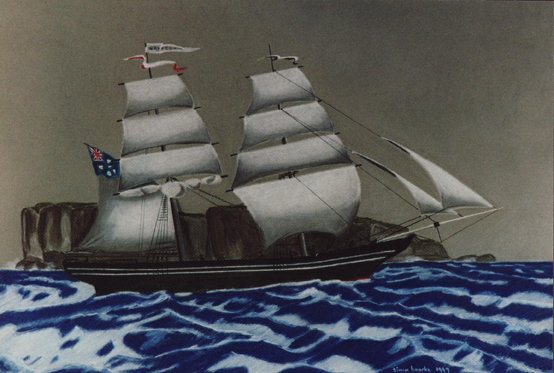