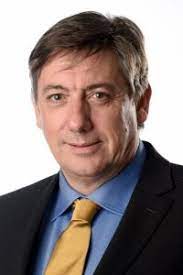 Flanders has extended the hand of friendship to an independent Scotland by focusing on the ‘’enormous opportunity’’ of a trading partnership.

The minister-president of Flanders, Jan Jambon, has said that ports in his region should start preparing as soon as possible for trade with an independent Scotland.

He said: “If Scotland becomes independent in a few years it will want to join the European Union as soon as possible. From then on, she will no longer want to have her exports go through England but to ship them by sea directly to the continent.

“This is a huge opportunity that Antwerp and Zeebrugge must already anticipate now. Our ports must be ready to become at that time the main partner of the Scots”.

So what potential does Flanders hold for indy Scotland and how important a friend can Jan Jambon be?

Who is Jan Jambon anyway?

He is a Belgian politician of the New Flemish Alliance who has been serving as minister-president of Flanders since 2019.

He has been in Scotland with a delegation of port companies looking to boost trade entering Belgian ports, the first such mission since the United Kingdom left the European Union. Brexit hit Flanders badly in the first quarter of 2021, when exports fell by 21.19%. But an improving performance since then saw exports increase by 3.45% over the first seven months of the year compared with 2020. The improvement was largely driven by pharmaceuticals.

Scotland has fared less well. HM Revenue & Customs figures show that from the period ending June 2021, Scottish exports had decreased by 14% compared to the previous year – the highest decline in the UK.

Over the past three years, Scottish exports have also fallen from a high of around £4.8bn to £3.2bn in the second quarter of this year.

Jambon met Scottish First Minister Nicola Sturgeon on Monday, when they discussed trade links between Scotland and Flanders as well as “future opportunities to co-operate across a range of shared interests”.

In a separate tweet from his own account, Jambon also stated that they discussed plans for a second Scottish independence referendum, possibly be held in 2023.

Does Flanders already have significant links with Scotland?

Flemish ministers or parliamentary delegations regularly visit Scotland, with the aim of collaborating in key policy areas such as education, health, ports or international activities.

Flemish artists and theatre companies are regular visitors to Scottish arts festivals with the support of the government of Flanders. In recent times, many Flemish productions attend the Edinburgh Fringe Festival under the guise of ‘Big in Belgium’.

The area also has extensive ties with Scottish universities. It has specifically supported a historical research project, Scotland and the Flemish People, at the University of St Andrews which looks at the influence of Flemish migrants on Scottish society throughout history.

The Scottish National Gallery hosted a Flanders Day reception in 2016 the wake of a Rubens exhibition and an academic conference to emphasise the close ties between Flanders and Scotland.

Have we collaborated before?

The ancient county of Flanders in northern Belgium was the economic powerhouse of Europe in the early medieval period and the principal outlet for Scotland’s major export of wool.

In a two-part Radio Scotland seriesScotland and the Low Countries broadcaster Billy Kay celebrated Scotland’s profound engagement with the Flemish and Dutch people over the centuries.