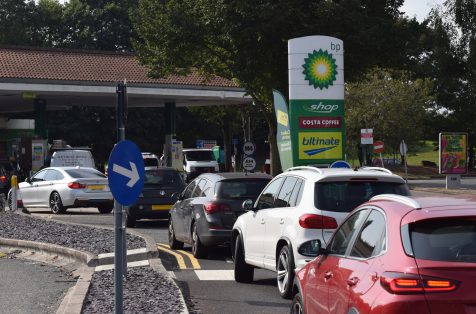 Get Brexit Done … three words which won the Conservative Party the 2019 UK general election south of the Border and the driving force which pushed Boris Johnson to desperately pull together a dangerous and disastrous trade ‘deal’ as the January 1, 2021 deadline approached.

Yet less than a year later Johnson’s government has moved from cheerleaders for the ‘deal’ – which decimated UK exports, particularly Scottish exports, and sparked chaos in supply chains leading to food and petrol shortages all over the country –  to standing on the verge of a trade war with Europe.

We’ll soon find out just how serious that trade war threat is. Europe is due to respond to UK government demands that it agree to significant changes to the Northern Ireland protocol, ironically negotiated by UK ministers to avoid a hard land border between Northern Ireland and the Republic of Ireland.

But this rather begs the question: does Boris Johnson really want a deal at all?

Reports suggest it is unlikely the EU will move far enough on protocol changes to satisfy Johnson and his cronies, although European politicians are experts on compromise and may yet make more concessions.

But that rather begs the question: does Boris Johnson really want a deal at all? Certainly Irish foreign minister Simon Coveney recently tweeted his doubts on that, accusing the UK of setting out a new “red line” just days before the EU was set to offer “serious” concessions. He said: “Are we surprised? Real Q: does UKG actually want an agreed way forward or a further breakdown in relations?”

It’s certainly true that the Prime Minister has previously revealed a preference for chaos, which is certainly what his trade ‘deal’ has brought to the UK.

If the Northern Ireland protocol disagreement can’t be resolved a trade war between the EU and the UK looks likely and the consensus is that this would hurt Britain more than Europe. There has even been one suggestion that the EU response could include tariffs on Scottish salmon.

Whether or not that happens it is certainly true that Scotland is suffering from the Brexit catastrophe more than the rest of the UK. The latest figures released by HM Revenue and Customs reveal that in the quarter ended in June 2021 Scottish exports decreased by 14% compared to the same period the previous year. That compared with export declines in England, Wales and Northern Ireland of 2.2%, 13% and 6.1% respectively in the same period.

All this surely adds power to the case for Scottish independence. It would, after all, offer the only realistic chance of escape from a government seemingly hell bent on damaging our economy and stripping powers from our parliament.

But we need to beware an argument increasingly put forward by Unionist supporters: that Brexit has caused so much trouble that we cannot risk adding independence to an already chaotic situation.

The truth, of course is that the chaos is entirely the creation of a criminally reckless UK government. Independence is entirely normal in most countries in the world, where it works perfectly well.

It is even more essential in Scotland as we emerge from the pandemic and can seize the opportunity to rebuild our economy based on the principles of wellbeing and equality rather than the greed and naked self-interest guiding the actions of the Westminster government.

An economy which works for the benefit of the people of Scotland and reflects their values and priorities.

Over the months ahead Believe in Scotland will show exactly how we can create that economy and offer hope for the future rather than the despair which is the inevitable result of being part of the Union.