Source: Kevin McKenna Sturgeon has four more years to make Scotland fairer | Kevin McKenna By the end of its new term, the SNP will have been in power for 13 years, enough time to tilt the balance of society in favour of the many rather than the few On Thursday, at long last, the campaign for Holyrood 2016 will be put out of its misery. Unlike the three most recent national polls in this country, it has been an unloved thing, failing to capture the imagination of the public and seeming to have been a chore for the […]

Source: Wings Over Scotland Generation and stimulation Yesterday we noted that we still hadn’t received a reply to a complaint we made to the BBC about a false assertion by David Dimbleby on Question Time over six weeks ago, despite the fact that it’s only supposed to take 10 working days. By coincidence we got the reply today, 36 days late, and it’s dismal. “Dear […] 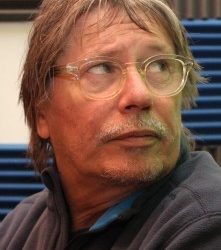 Source: NewsNet Scotland Podcast: To tax or not to tax? And chasing the list vote http://newsnet.scot/wp-content/uploads/2016/04/160416_Zara_PaulFee.mp3 To tax or not to tax? Is it too simplistic to say the rich should pay more, and we’ll all live happily ever after? Do rich people all want to avoid fair taxation? Do poor people always have to pay disproportionately more for the right to belong to society? Derek Bateman Life is never so simple. Some wealthy people back tax-raising parties, some poor back low-tax politicians. At the root of all this is the essential debate in how to make a prosperous […]

Source: Northern Scot Speyside toasts a new ambassador A BUSINESS leader and community supporter was the toast of Speyside this week.

Source: NewsNet Scotland Media Watch 16: One week to go, and apparently we’re not better together Reporting the Run-up to the Scottish Parliamentary Elections in 2016: STV and BBC Scotland News: Dr John Robertson continues his analysis of TV news coverage of the Scottish election campaign Thursday 21st April to Wednesday 27th April BBC Reporting Scotland have continued to report unfavourably toward the SNP Government in this last week though reporting on the Clyde Frigate Betrayal has unavoidably led them to offer reports that can only favour them. I’ll write, separately, a short piece summarising and discussing the data from the […]

Source: Wee Ginger Dug The opposite of blaming the English The other night on Newsnight on BBC, arch conservative David Frum, a former speechwriter to George W Bush, made the ludicrous claim that Scottish nationalism was being funded by the Kremlin. Being a former speechwriter to the president whose only redeeming feature is that he was merely off the planet and not actually out in interstellar space like Donald Trump, Frum has of course got previous for not dealing with happenings here on Earth. If Scottish nationalism was indeed funded by the Kremlin, it would save a lot of […]

Source: Bella Caledonia When Friday Comes Here’s the bad news. You can set your phasers to stun for Jenny Lindsay and myself will soon plonk our asses in the Bella Caledonia editorial chair to give Mike some well earned rest. This will be after the Holyrood election – nobody is going to trust a couple of off-message writers before then – which suits us both just fine. The ListVote/BothVotesSNP stooshie should have calmed doon by then and once more we’ll all be one big happy-clappy band of indy campers. So the theory goes. It is possible, but by no […] 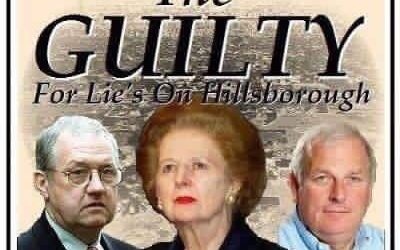 Source: Bella Caledonia On Hillsborough the Police and the Media What does the Hillsborough ruling tell us about the police, the State, the law and the media? This week it was definitively agreed that the Hillsborough victims were “Unlawfully Killed” due to police negligence and the rejected claims that even in some small way the behaviour of Liverpool fans had contributed to the disaster. The episode feels like a lengthy extract from a David Peace novel, bleak, haunting, deeply sad. It reveals the dark side of British policing, unreformed, unaccountable, unacceptable. It shows that the militarised police force initiated by Thatcher to destroy the […]

Source: Bella Caledonia America at its Best We may think that the only thing we are likely to hear from modern American politicians is bellicose shouting or stock neoliberal ideology; or from a British perspective, American Presidents lecturing the British electorate about the facts of life; all facilitated by the British Government. We learned that lesson in Scotland in 2014. It is worth remembering, however that not all American politicians are like that, or need to use such a style of address, or the orthodoxy of a retarded ideology to articulate the challenge to the established order. Here is […]

Source: Northern Scot Bank makes ATM pledge for whisky festival ONGOING problems with a cash machine mean that a mobile bank will be operating in Dufftown during part of the Speyside Whisky Festival this weekend.