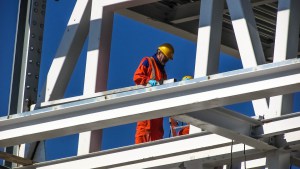 That’s the Scottish Building Federation headline from 15th March. It’s good enough as it is, I think. It comes only a few weeks after the Scottish Government budget announced for 2017/18:

Also, the Scottish Government announced a further £15 million for new roads and land development in Fife and North Ayrshire which is expected to provide leverage for private sector investment of £75 million to £100 million.

Overall output in Scotland in 2016 was £14.5 billion and employment in construction rose 7%, up 12 000 to reach 181 000. Much of the growth has been in infrastructure projects funded by the Scottish Government.

‘Following on from last week’s Scottish construction output figures, these new figures on Scottish building employment during 2016 show a year-on-year rise of 12,000 in the number of people working within the sector.’