Source: John Robertson Scotland’s productivity has grown by almost 10% since 2007 while the rest of the UK’s has only grown by 0.1% so the SNP government pushes on by increasing funding for digital skills by £36 million. 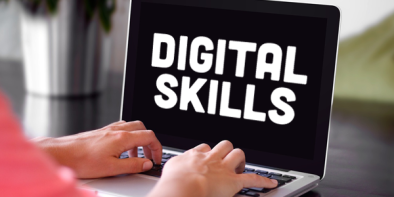 ‘The First Minister will highlight figures showing Scotland’s productivity has grown by almost ten percent since 2007 while the rest of the UK’s has only grown by one-tenth of one percent. She will say that this is a strong record but that there is more we can and must do. The lack of digital skills has been identified as a critical gap that holds back productivity and company profitability, with an estimated additional 12,800 digital skills roles needed each year. In order to help support business in filling this skills gap the Digital Growth Fund will provide loans to support up to an estimated 6,000 people to be trained in each of the next three years.’

To make sure this continues, perhaps increases, the First Minister has announced:

‘We will develop a new £36 million, three-year support fund to meet the upfront business costs of digital skills training. This will see up to 6,000 people per year able to access the training they need in key areas like software development, web design and digital marketing. It will also allow firms to use government funding to pay for the training their staff need, repaying the funding in later years. We will work with business to lift the upfront burden of upskilling Scotland’s workforce from the balance sheets of business, giving firms the freedom to invest in their staff and in their future.’