Source: John Robertson Scotland exported electricity to England virtually all the time in 2016 and can do the same again 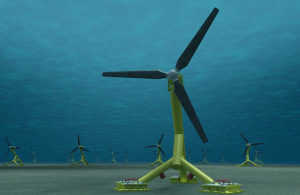 I’ve extracted much of this from a blog titled ‘Scotland-England Electricity Transfers and The Perfect Storm’ posted on March 10, 2017 by Euan Mearns. His purpose is more complex and I think wider than mine here. He certainly knows and understands far more, technically, than I do. Part of it seems to be to expose massive problems with French Nuclear such as the fact that they had to shut down 20 of their 58 reactors because of safety concerns (the ‘Perfect Storm’]. I do sympathise with anti-Nuclear arguments but it’s not my purpose here which is to point up the strength of the Scottish economy including energy production, on the way to independence, thus my headline. Here’s how Euan opens his report:

‘In January this year [2017] a perfect storm gathered around European, UK and Scottish electricity supplies. But the lights stayed on, in the UK at least. This is the first of two posts on this topic. Here, I take a quick look at the electricity transfers between Scotland and England since this was the first big test for the system since the closure of the 2.4 GW Longannet Coal Power Station in March 2016.’

Returning to my theme, here’s what Euan had to say about Scotland – England Electricity Transfers as published by National Grid for January and February 2016 before the 2.4 GW Longannet coal fired power station in Scotland closed.

‘The key observations from January-February 2016 are:

Now it’s clear that Euan doesn’t think Scotland, post-Longannet, can continue to export power in the same way as in 2016. This is where we part. I’ve already posted a number of articles demonstrating massive current renewables-based over-production and evidence of imminent new projects to come online and ensure reliability regardless of onshore wind levels. Here are some:

‘Wind farms powered 4 million Scottish homes last month’ and there are only 2.4 million ‘households’ in Scotland

The potential for Scottish Wind Power is even greater than we thought. Could a single wind turbine power a whole Scottish city?

‘The Biggest in the World!’ 270 tidal energy turbines to be installed to provide sustainable power to Scotland

I think there is little doubt that Scotland, regardless of the Longannet shutdown, is or soon will be a massive over-producer of electricity.