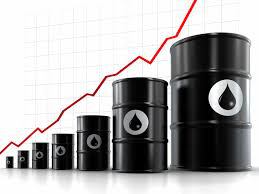 US reserves of oil and petrol are now down to the lowest level since January and the Brent settlement for September is $51.71. This is well above minimum profitability levels as the major companies adjust. Scottish North Sea oil thus remains a safe bet for future profitability after only one year (2016) of losses in forty years of wealth flowing to London.

This was the biggest weekly increase this year with ever increasing signs of increasing demand. US Demand for June was the highest that month for a decade. Add to this the ever-growing demand for the developing world and prices can only rise further as demand outstrips supply. I mentioned these as evidence yesterday:

Scottish oil in new and much increased demand from Asia ‘like never before!’