Source: John Robertson Not really good news I know but persistent poverty in Scotland is the lowest in the UK 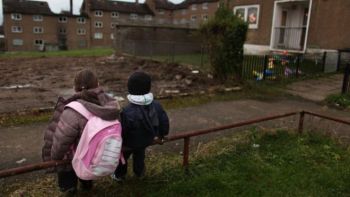 I’m not watching but no doubt the Scottish mainstream media are all over the latest poverty statistics increases. I wonder if they’ll remember just which government is to blame. Here are three quotes from the Royal College of Paediatrics and Child Health in January 2017, to remind us how little the Scottish Government is responsible:

‘There is much that the Scottish Government is doing to reduce the impact of poverty and inequality and there is much in Scotland that can be celebrated and learned from.’

‘The devolution of welfare powers should not obscure the continuing role of that Westminster plays in determining benefit spending in Scotland.’

‘Welfare claimants in Scotland have lost large sums already, and are set to lose further large sums. The devolution of welfare powers will not in itself alter this stark reality.’

See more on this at:

BBC Un-Reporting Scotland witter on about poverty and inequality for a whole week but still fail to keep up-to-date with research which lays the blame where it lies, on Westminster

However, there is some fairly good news in today’s release from the Scottish Government:

I’ve extracted the comparative figures for you:

‘Before housing costs the Scottish persistent poverty rate for all individuals in 2010 – 2015 (8 per cent) was slightly lower than in England (9 per cent), Northern Ireland (11 per cent) and Wales (10 per cent).’

‘Worst UK cuts to hit Scotland by 2016 – report: The worst of the UK’s austerity cuts have yet to hit Scotland and will be felt in the next two years, ­according to a report. Deputy First Minister Nicola Sturgeon warned that the cuts will set the fight against poverty back a decade and hit the most vulnerable in society.’