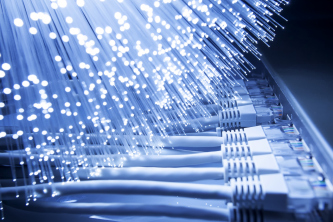 See this from the SNP Cabinet Secretary for Finance and Constitution yesterday:

‘Following the early success of the Digital Scotland Superfast Broadband project, which saw stronger than expected take up figures, an additional £15.6 million is being reinvested back into the programme. The additional funding will have a particular focus on maximising the numbers of premises that have access to speeds of greater than 24Mbps with funding targeted on areas with the lowest speed coverage….. Smaller areas such as industrial estates are also benefitting with Houston Industrial Estate in West Lothian with 33 small businesses going live earlier this month.’

Evidence of the critical importance of this kind of investment for the economy was posted on the same day in techUK:

‘Last year the Internet economy contributed 10 per cent of the UK’s GDP and recent Tech City data outlined that the digital sector in the UK is growing over 32 per cent faster than the wider economy. But Internet capacity is the ‘fuel’ that enables this growth, which will undoubtedly be hindered without the right infrastructure to support and facilitate future innovation.’

I must admit, I didn’t realise that the digital sector was growing so much faster than the wider economy.