With our compliments and best wishes. The Scottish Parlament Edinburgh EH99 1SP Dear Ruth/Johann/Willie, It is with deep regret that I am writing to let you know that I am resigning the party whip with immediate effect. I have hitherto been a loyal member of the party, as you know, …read more

PUBLICATION of the Scottish Government’s blueprint for independence is likely to focus the minds of people in Moray on whether they should vote for independence or stay part of the UK. …read more

A SERIAL abuser who raped a woman and attacked another when she was breast feeding a baby has been jailed for 10 years. …read more

The ranks of the metropolitan media continue to pronounce on Scotland’s referendum from afar. They are not engaging with the debate outside the London bubble, lecturing rather than listening and some even fall into the trap of regurgitating No Campaign press releases. Even the better ones like highly regarded …read more

I was sitting in Nardini’s Café on Byres Road having an Americano and a pastry when I laughed out loud and turned heads. I was browsing on the iphone and read this on the BBC website.

Mr Darling added: “I’m always careful about what language I use because I think it’s …read more

If you’re in Glasgow on Saturday evening Africans for an Independent Scotland have teamed up with Graham Campbell and National Collective to celebrate St Andrew’s Night. Each of them will be contributing to a cultural feast (see poster above) to… Read More › …read more

Alert commuters using Scotland’s railway stations may this week have received a “newspaper” from the No campaign containing a splendid crossword and a recipe for raspberry brownies, amongst some political rubbish. We haven’t tried it ourselves, but we hope the recipe was a bit less inaccurate than the political sections, …read more A blow was dealt last night to the SNP’s plans for an independent Scotland, after the publication of a report which sets out a future for the Union in the aftermath of a No vote. Professor Douglas McLeish of the University of Aberdeen has …read more 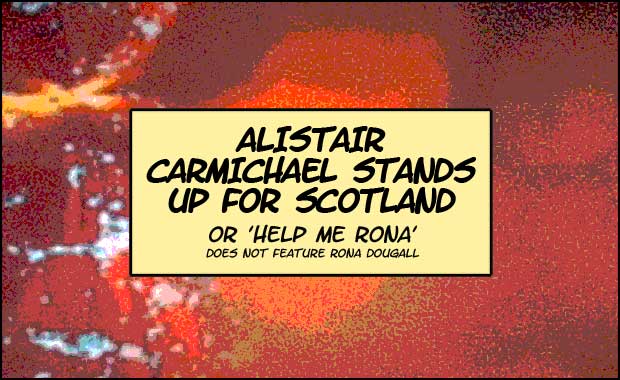 CAMPAIGNERS have been forced to accept defeat in their 11th-hour bid to save four Moray libraries from closure. …read more

As a living embodiment of the posh, braying public-school Tory-boy stereotype, Fraser Nelson of the Spectator used to reside in our “Zany Comedy Relief” links bar until we kicked him out for rarely lowering himself to write about Scotland. But his guest appearance in today’s Telegraph we enjoyed at least …read more

Denmark’s Morten Orum Madsen is on course for back-to-back wins in South Africa after taking the lead in the first round of the Alfred Dunhill champion- ship in Malelane. …read more

Craig Brewster has ruled himself out of a third spell as Caley Thistle manager. …read more